Fruit Tree Care Newsletter
Sign up for our monthly newsletter and we will send you our eBook "Growing Fruit Trees That Thrive." You can unsubscribe at any time. 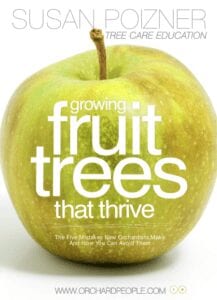 If you're shopping for apples at the supermarket, there are a handful of apples varieties that you can buy. They are the familiar ones like MacIntosh apples, Honeycrisp and Red Delicious.

But if you are growing fruit trees yourself, there are literally hundreds of apple varieties that you can choose from. And each one will have a very different texture and taste.

Over the years, I have tasted a wide variety of different apples varieties. Some are heirloom trees that were popular a century ago. Others are modern, easier-to-grow disease resistant trees.

And at the end of the post, I'll teach you have to organize our own apple tasting party!

So let get slicing my friends!

Let's start by going back in time. When European settlers came to North America there were native trees here like serviceberries and pawpaws. But apple trees were not common. So they brought their own favorite apple varieties with them.

I asked my community orchard colleagues Sherry and Lynn to join me in tasting three heirloom apple varieties - Snow, Macoun and Opalescent. These came from an orchard

The oldest of the bunch was the Snow apple (also known as Fameuse) which can be traced back to France in the 1600s. A newcomer brought this variety to North America in the 1700s.

This apple variety is called “Snow” because the flesh is very white and because the tree is hardy in colder climates. Snow apples are small, but sweet and juicy. We loved the flavour and felt we could taste a faint flavour of almond in it.

Many believe Snow is an ancestor of the famous McIntosh apple. While now it’s harder to find, this apple variety was widely grown in Quebec in the 1700s and 1800s.

Then we moved on to Macoun. Developed by scientists at the New York State Agricultural Experiment Station in Geneva, New York, and introduced in 1923, Macoun is a cross between a McIntosh apple and a Jersey Black Apple.

The Macoun apple may have inherited its colouring from the latter because it’s a lovely dark red with a purplish blush. Macoun is a pretty apple, but it didn’t excite us. It was sweet and crispy but not very juicy and tasted dry in our mouths.

Next up to bat was Opalescent. In the 1880s in Michigan, a man called George Hudson found a seedling apple tree that produced this tasty fruit. He decided to name it Hudson’s Pride of Michigan. Later on, the fruit would be propagated and marketed under the name Opalescent.

To us, Opalescent tasted sweet but it wasn’t juicy and like Macoun if felt dry in our mouths. So of the three historic apples, all three of us favoured the oldest one. Snow has been a popular apple for centuries for a reason.

Next we tasted the three disease resistant apple varieties from Avalon Organic Orchards. Avalon's owner, Gaye Trombey, only grows trees that are disease resistant because she doesn't want to use toxic fungicides and bacteriacides on her trees.

The apple varieties that we had to taste included Novaspy, Novamac and Liberty. The first two varieties were developed at the Canadian Agriculture and Agri-Food research station in Kentville, Nova Scotia. Their goal was to create hybrid apple trees through cross pollination (not genetic modification). These trees are easier to grow because they are less vulnerable to common apple tree diseases.

Novaspy knocked our socks off. This apple, which has in its parentage Red Spy and Golden Delicious, was crispy and juicy. It’s an easy eating apple and would also be perfect with cheese or in baking. It’s sweet and tart (many say it’s sweeter than McIntosh and Spy apples) and is just a little astringent. This is a perfect apple for adults with a good sense of taste. Kids would like it to.

Novamac was good, but couldn’t stand up to the Novaspy in our books. It has McIntosh in its parentage but it’s said to have a firmer texture. And like McIntosh, it’s supposed to have a bit of a wine flavour to it. I’m not a big fan of McIntosh so for me Novamac wasn’t high on the list.

Then we tried Liberty. Liberty is a bit of a “super apple variety” as it is resistant to so many different apple tree diseases - but does it actually taste good? Scientists at the New York State Agricultural Experiment Station developed it in 1955 by hybridizing Macoun with another type of apple. They introduced Liberty to the market in 1978. It’s a good apple. Crunchy, tasty and sweet.

Gaye gave me one extra apple to taste as well. It was a Pristine apple and it was perfectly imperfect. Pristine apples ripen in August so Gaye had just one imperfect specimen left which we cut up and shared, working around the spotty parts. Pristine was developed by the PRI disease resistant apple breeding program in Indiana in 1994. It’s resistant to apple scab which is great. But it tastes FANTASTIC.

One bite is a taste of heaven. Pristine is sweet with no tartness and to us, it had a bit of a caramel flavour to it. This is a candy apple that doesn’t need to be covered with candy. We really enjoyed it and kids would love it too. So here are our favorites, in order:

Now, it's important not to overlook the apple varieties that are available today in local farmers' markets and supermarkets. These varieties may be common, but when you taste them side by side, you can see how varied the taste is.

So in 2019, our volunteer group held an apple tasting event for the public. Ontario Apple Growers supplied us with 5 different types of apples for the public to taste. Then we asked park visitors to vote on their favorite by putting a bean in the mason jar for their favorite cultivar.

We had five types of apples for the public to taste – some are old favorites and some are newer introductions. Here is a list of the apples for tasting. We had park visitors vote for their favorite apple. As you read the options, think to yourself which one you think would be the most popular? The results may surprise you.

So here were the options that all visitors tasted:

People of all ages came to taste and vote for their favorite variety. It was wonderful for us all to see how different each apple cultivar is in terms of appearance, flavour and texture. At the end of the two-day event we counted the beans in each jar to discover which apple was the favourite. Here are the results:

As you can see from this article, I'm lucky to have been able to taste and enjoy many different apple varieties over the years. And anyone can taste an apple. But with a. little training, you can get even more out of your apple tasting experience.

So in 2020, I invited apple tasting expert Dr. Amy Bowen, to join me for episode 62 of The Urban Forestry Radio Show and Podcast. In the show, Amy, who is director of the Consumer Insights Group at Vineland Research and Innovation Centre in Ontario, demonstrated how professional tasters evaluate apples. You can see a video excerpt of the show below.

I also invited Yael Hickok to join us for that show. Yael is a volunteer who cares for Boyer's Orchard inAnchorage, Alaska where passionate fruit tree growing hobbyist Bob Boyer planted over 120 varieties of apple trees, many of them rare or heirloom trees.

So the plan was as follows: 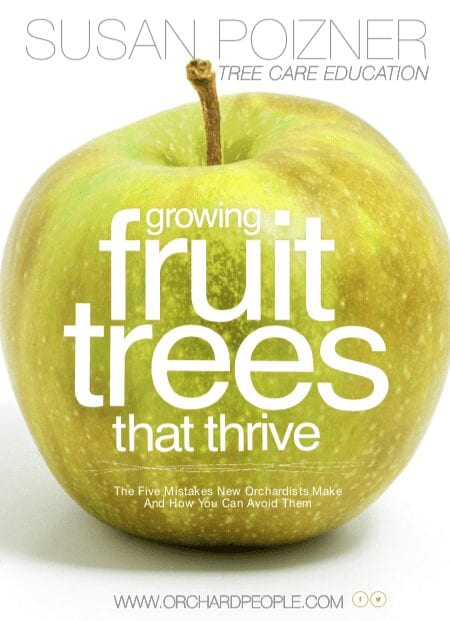 Sign up for our monthly newsletter and we will send you our eBook "Growing Fruit Trees That Thrive." You can unsubscribe at any time.

It was an eye-opening experience as we discovered flavours in these apples that we did not expect to find! Listen to episode 62 of The Urban Forestry Radio Show and Podcast and you can follow along with our adventure.

There are Hundreds More Apple Cultivars To Explore

When it comes to apples, there is so much diversity. Apples can be red, yellow, green and all sorts of shades in between. Some are crunchy and great to eat fresh. Others are not but they are fantastic cooked into pies and apple sauce. Where do you find the more unusual cultivars?

grow your own apple trees

If you are interested in growing some of the more unusual cultivars, here's a link to download OrchardPeople.com's specialist fruit tree nursery list which lists dozens of nurseries across North America.

You can learn more about growing apple trees in this post called Learn How to Grow Apple Trees The Easy Way.

And if you're ready to dig in and take the next step, sign up for one of my online fruit tree care courses at OrchardPeople.com. 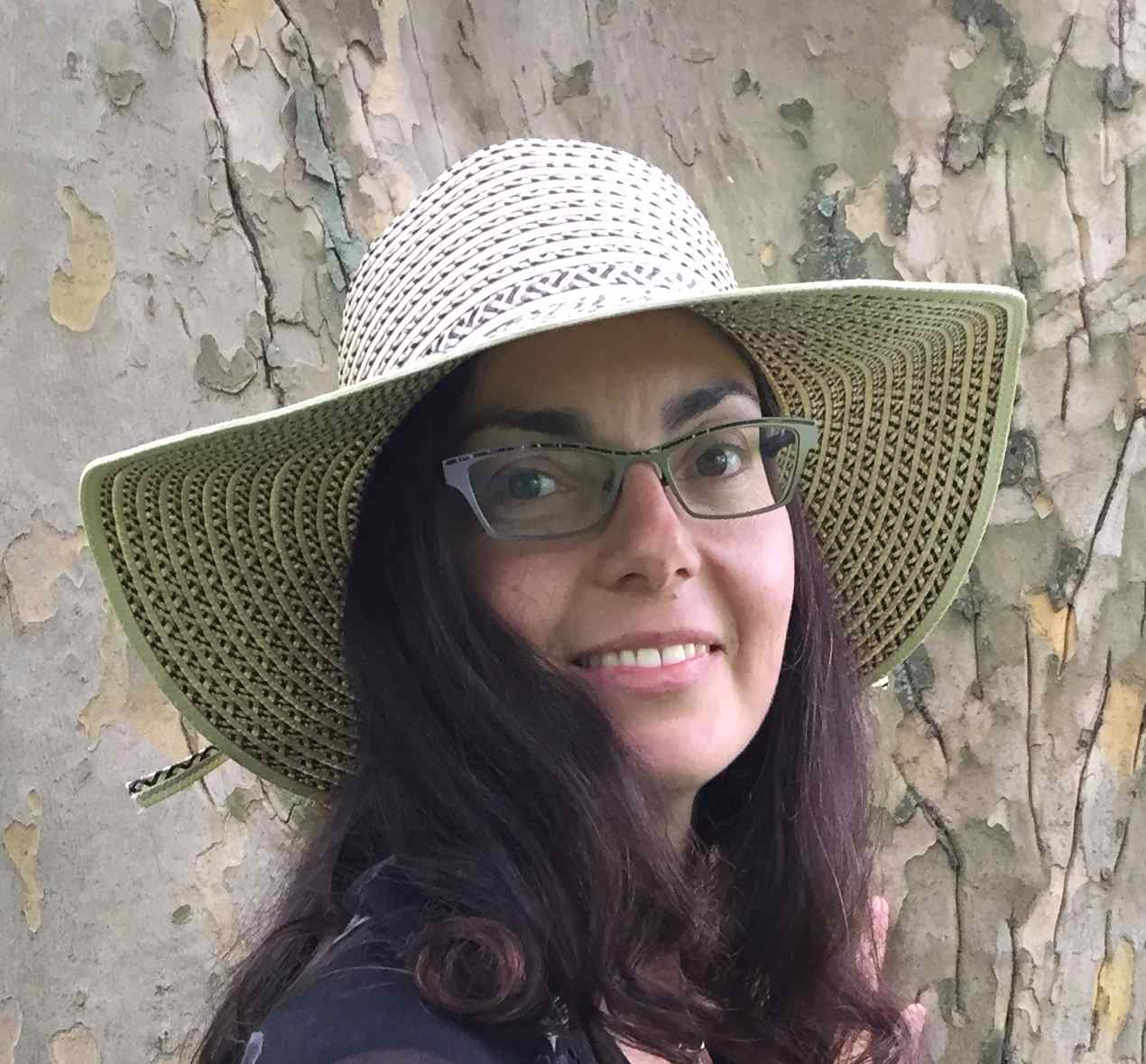 Susan Poizner is an urban orchardist in Toronto, Canada and the author of Grow Fruit Trees Fast and Growing Urban Orchards. Susan trains new growers worldwide through her award-winning fruit tree care training program at Orchardpeople.com. Susan is also the host of The Urban Forestry Radio Show and Podcast and an ISA Certified Arborist. 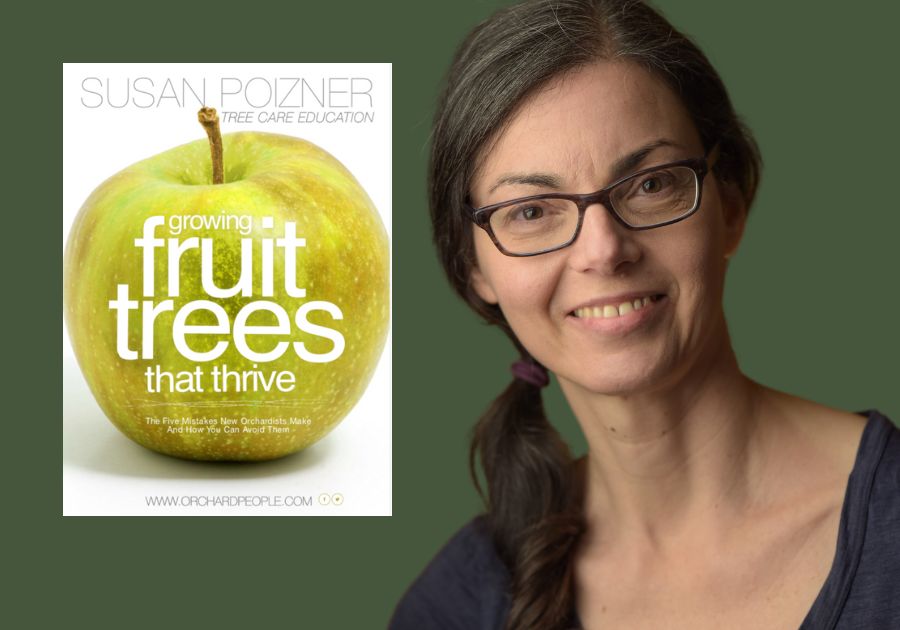 Sign up for our monthly newsletter and we will send you our eBook "Growing Fruit Trees That Thrive." You can unsubscribe at any time.
YOU MAY ALSO BE INTERESTED IN 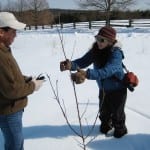 When to prune fruit trees

Wondering when to prune fruit trees? In this blog, we explore which trees benefit most from winter pruning and when Read more 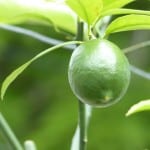 Wondering how to prepare your fruit trees for winter? Find out in this blog and in our free eBook. 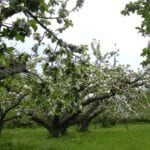 How to Prune Old Apple Trees to Produce Better Fruit

Learn how to prune old apple trees.Pruning these old fruit trees will result in better quality fruit and habitat for Read more